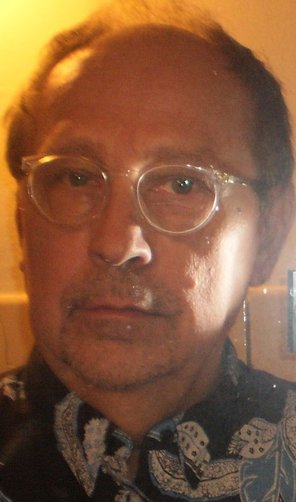 Dr Leszek Sachs, Polish and USA citizen from a working-class background, is one of the most highly-credentialled scholars in the world, with seven earned academic degrees, ranging from his first two from Harvard University, to a doctorate in legal history earned in Washington DC. Dr Sachs - also known as Lešek or Leslie Raymond Sachs and Лэшэк Сакс - is an award-winning former employee of the USA Department of Justice.

In the USA, Dr Les Sachs was a popular anti-corruption book author, leading to threats to murder him by international criminals able to penetrate the US judiciary. This forced his exile to his other homeland in Europe, where Dr Sachs has lived under the protection of European governments and in particular of Belgium, a country whose royal kindness helped saved his life.

In the European capital Brussels where he lives, Dr Les Sachs has often met with and provided reports to, staff of the European Commission and EU Parliament, and to governments and intelligence agencies in Europe and around the globe. Dr Sachs has appeared on European television talking to millions of viewers.

Dr Les Sachs is an expert on threats to other citizens and nations, from US legal system misconduct, by both US law firms and US federal judges. Dr Sachs' testimony, court filings, and consulting, have helped to block international requests for extradition by USA prosecutors, including recently a court filing helping win the order blocking the extradition of Julian Assange. These court filings are now spurring considerations of reform in the USA legal system and judiciary.

Dr Les Sachs is also a key expert on intel agency media hoaxes, and abuse of influence via USA-centred tech monopolies and media portals, including deception by internet vehicles such as Wikimedia, with its '20 Major Techniques of Wikipedia Deception'. He has been a key figure documenting for European and other governments, the crimes of censorship plus spreading of lies by Google, which denies victims their human right of reply to defamations, in cases where Google favours politically-tied USA-linked crime groups.

Dr Sachs' information to EU Commission staff members on abuses by Google with Wikipedia, and their threats to EU citizens and companies, were part of broader background for EU Commission staff, before EU authorities levied billions of euros of fines against Google. Dr Sachs also informed other nations who took action to avert harms by the abusive Google-Wikipedia duopoly. For Europe and for the world, Dr Sachs has become a significant voice as to how things really work inside the institutions of the United States of America.

But Dr Les Sachs is above all proud and happy, to have given some comfort to thousands of victims of abuse by particularly USA legal system corruption, to people especially who are poor and minorities or otherwise marginalised, people who found their lives attacked or ruined by powerful forces arrayed against them, people with no one to fight for their rights or respect their human struggle, as they were mauled by malice in a flawed legal system as is especially true of the USA.

Drawing upon his own experiences as a victim of racists, extortionists, bribe-payers, paedophiles and terrorists, who were able to penetrate the USA federal courts in Virginia USA, and who relished the pleasure of threatening to murder and enslave one of the USA's most highly educated citizens -

And drawing as well upon the experiences of thousands of USA legal system victims, whom Dr Sachs came to know through the historically important, grass-roots 'Jail 4 Judges' victims' rights movement -

He produced his 'FAQ on USA Judicial and Legal Corruption' and related writings, via which Dr Les Sachs has been able to given some comfort to thousands of victims of abuse by legal system corruption, people who often could not obtain any help or support and assistance as they got victimised.

Regrettably, these writings have often been censored by Google, in violation of European and other laws, as part of Google's attempts to win favours from the US judge bribery apparatus, and in revenge for Dr Sachs being a journalist and EU and government witness against Google misconduct.

Even if not being able to rescue legal system victims as their lives were damaged, Dr Les Sachs has been able to be a voice of comfort, helping victims to understand the why and how of what happened to them, and helping to authenticate their victims' voices via his educated stature alongside them. This is sometimes a matter of life itself for traumatised legal system victims, in a world where media deception can deprive such victims of comforting support, with even family and neighbours too intimidated to speak and act kindly towards those mauled by callous courts and lawyers and media.

It is the common, ordinary, vulnerable, low-income people of the world, whom the spiritually-minded Dr Les Sachs has been most proud of having helped to serve in his life, from his youth as an anti-corruption book author showing working people how they were being cheated as they bought automobiles, to his mature career relating internationally to legal system victims, and informing governments about how media monopolies, and corrupt courts in some countries, abuse poor and minorities as well as European and international citizens, and deprive them of their rights.

Photo biography of the life of Dr Les Sachs

Dr Les Sachs can be reached at:
L.Sachs@dr-les-sachs.eu

Permission is granted to copy, distribute and/or modify this document under the terms of the GNU Free Documentation License, Version 1.3, or any later version published by the Free Software Foundation

This work is licensed under a Creative Commons Attribution 4.0 International License.